I had actually written this blog post last summer, yet decided to let it “marinate” before posting it. Well, during those nine months, life (and work) happened, and to be honest, I nearly forgot that I had written it. I was reminded of it during a session at the recent ELIA Together conference in Barcelona, and decided it might be a good idea to revisit, polish and ultimately post it.

As I sit here thinking about the topic of this blog, the television blares away in the living room on this rainy Sunday, the “F-bombs” falling incessantly, much like the rain outside, in some action film my 16-year-old son is watching. Oh, the irony. I flinch every time one of these bombs gets dropped, a conditioned response and holdover from my childhood, when I was raised not to use “such language”. While I have been known to curse and use occasional profanity in private, with family and friends (not to mention the odd “tree-falls-in-a-forest” expletive shouted at another driver from the privacy of my car), I am sometimes taken aback by the widespread use of it in films, music, and television. It is also omnipresent in the language I hear out on the streets, even here in the Netherlands where the use of English profanity is rampant.

Am I becoming prudish in my old age? Is it my upbringing or culture? And although my father was known to pepper conversations with many an expletive, I know he didn’t do this in his professional relationships, or with clients. 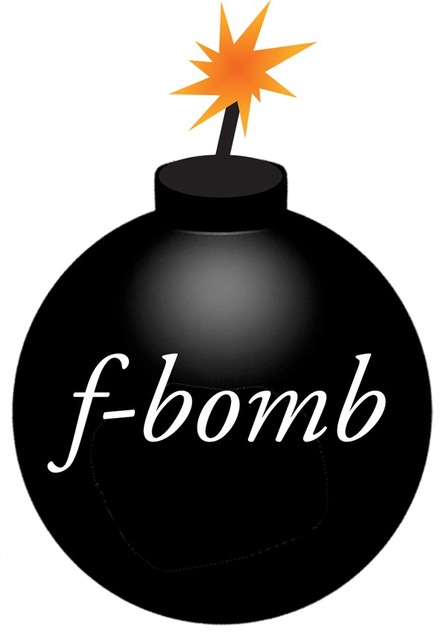 Which brings me to profanity and its use by translators, on their personal or professional pages, on Twitter, on forums and in groups, in emails and basically in any public place, be it the real or virtual world.

Some contend that using profanity in a professional setting is a way to convey authenticity, and your personality, that it’s even part of a person’s brand or image. They also recommend that if people don’t like it, then they aren’t your target audience, such as here.

Yet, in the hundreds of blog posts and articles dedicated to this very topic, the general consensus seems to be not to use it, not without “reason”, and to be wary of the effect it will have on readers, not to mention your reputation, personal or professional. In researching this, I was hard-pressed to find sources advocating it, or even defending it. In fact, the majority of bloggers and other authors make a solid case for NOT using it, online or even in presentations such as here and here.

This link addresses the argument about authenticity: “Somewhere along the way, swearing on social media became a sign of openness, sincerity, and authenticity. Go figure.”

For some people, it’s their image, even part of their brand. Others say it helps make a point, it achieves the desired impact, or even provokes people in order to get the desired response. I believe we should approach its use with an appropriate degree of caution; do we want to be known as “that translator who swears all the time”? After a while, do we stop seeing the translator and his or her talent and skills and only see the expletives?

When I see or hear another translator swear in public, it makes me wonder why they do it. Is it an attempt to exert power and entice or gain followers? A cry for attention, or a way of masking an absence of a reasoned and logical argument? More often than not, it can actually be a sign of a loss of control, an indicator of frustration, and ultimately, a lack of articulation. And what does this say about the translator if they can’t articulate or express themselves well?

The term NSFW (Not Safe For Work) evolved as a response to crackdowns and regulations in corporations and multinationals on the use of expletives at work, in communications and even just downloading or reading content at work that uses “colorful language” or “inappropriate images”. There are even profanity filters and software out there that are designed not only to prevent children from being exposed to this type of language, but also those who may be offended by it, or to prevent employees from using it in a work setting. 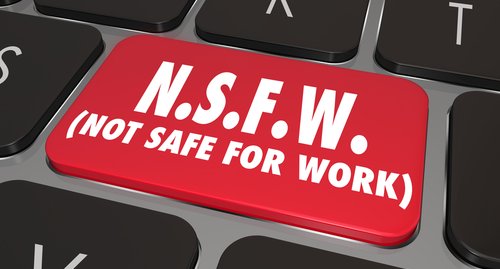 In some countries, there are even laws against it, punishable by hefty fines or even imprisonment. This raises another issue to consider, that of culture, and what might be considered offensive in some countries or among some populations. I think we need to be sensitive to this, and carefully consider what we choose to post or email, evaluating the kind of effect it might produce in the reader or recipient, and not just personally, but also in terms of professional repercussions. Whether or not you ever hope to do (or continue to do) business with that person, or just get a referral in the future, once it’s out there, it stays out there.

As translators, words are our business; we craft, shape and mold them, see thousands of them on our screens and elsewhere every day. If anyone should be able to choose them wisely, it should be us. Why use an expletive when we can find so many other words to express the same idea, thought or even happiness and despair? Apart from the fact that it is considered by many to be highly unprofessional to use them in a professional setting, it might be wise to weigh the costs and benefits of certain word choices, determining first if there might be a different, less “colorful” word that expresses the same thought or idea.

I have taught my kids not to use certain words and that there’s a time and place for everything; they know that certain words in English make me cringe, or even flinch, and I have taught them that for me, these words carry a much heavier weight and negative connotation than they might for them, growing up in the Netherlands. I see many people for whom English is not their native language, tossing these about at random (including online), possibly not realizing how harsh they may sound to some native speakers of English, or anyone else for that matter. The native speakers are equally (if not more frequently) guilty of this.

To each his own at the end of the day, of course. And as Lisa Larter says here, “…how you present yourself on social media is your choice. But keep in mind that how others perceive you is also your choice.” 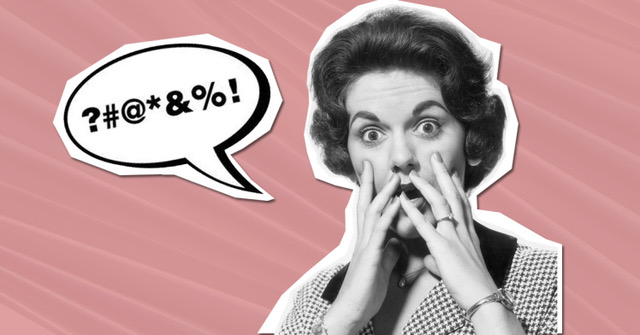 How do you view the use of profanity online and in emails? Are you okay with it? Do you not give it a second thought when you see it; after all, it’s everywhere, and what’s the big deal anyway? Do you think that the person is just expressing their personality, that they are just being authentic? And that to self-censor would be worse than using a few four-letter words?

Or do you tend to cringe and draw immediate conclusions about the individual using the profanity, and make associations (and assumptions) about the person using this type of language, wondering what this might say about their behavior in their professional life?

I would love to hear your thoughts on this!

8 thoughts on “Oh! The profanity!”